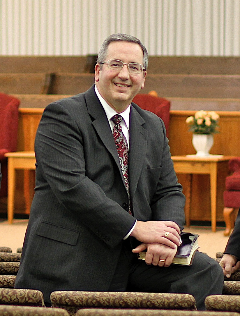 Pastor Sullivant was saved at the age of 15 during a revival service in Kansas City, Missouri. He heard a message on Hell and knew that he was in need of salvation. At the age of sixteen, his youth group from Kansas City took a trip to a camp at Lake of the Woods, Ontario and it was during that week he surrendered to God's will for his life. He knew that God called him to preach and that one day he would be serving the Lord in the great land of Canada.

After completing Bible college, he and his wife Brenda, along with five of their eight children (three later born in Canada), came to Manitoba in September of 1988. On December 11 of that same year, the first service for the Pembina Valley Baptist Church was held.

Pastor Sullivant has assisted in the starting of 11 churches, but the need to train young men became a great concern to him in 1995, when he and the members of Pembina Valley Baptist Church determined to start Canadian Baptist Bible College. God has greatly blessed. 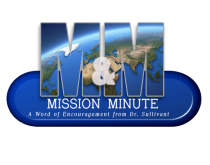 Pastor Sullivant is president and founder of CanAmera Baptist Missions International. He knows the blessings and the struggles that missionaries face as they prepared for the field. He is also well aware of the variety of situations that may arise as one begins a new ministry and seeks to fulfill God's call for life. Here you will find words of encouragement as well as helpful tidbits that will aid as you seek to implement biblical                                                             principles in your life and ministry.

Looking for a word of encouragement, or challenge from God's Word––the Bible? You will find hundreds of sermons on a variety of topics, sermon series of Books of the Bible that Pastor Sullivant has preached over the years. Your heart will be blessed.

Our "Ministry Resource" section is reserved for pastors and missionaries. You will find helpful articles and ministry helps that Pastor Sullivant has accumulated over the years. If you are interested, please click here.